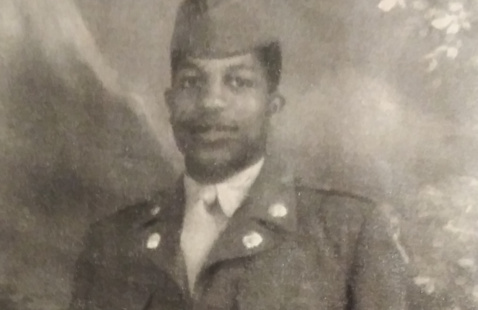 Leo Hardin served in the U.S. Army from 1948-1953 as a private first class, joining the military to support his family and to fight for his country. Hardin was in the 24th Infantry, an all-Black unit during a time of segregation and attempts to integrate the military.

Hardin, who is from St. Louis, served in Korea. He suffered wounds and performed acts of heroism yet was released from active duty with a dishonorable discharge. He went on with his life, becoming a pastor in the 1960s.

Years later, in 2012, then U.S. Sen. Claire McCaskill learned about Hardin and researched the situation to uncover that he was falsely discharged under dishonorable merit. It was reclassified to honorable service. In 2014, Hardin received two Purple Hearts for service during the Korean War.

Hardin, who is 92, continues to serve the community.

Hear Mr. Hardin share his experiences of serving in the Army during the early days of integration in the military on Thursday, Nov. 11 at 12:30 p.m. in the student center cafeteria at STLCC-Forest Park.