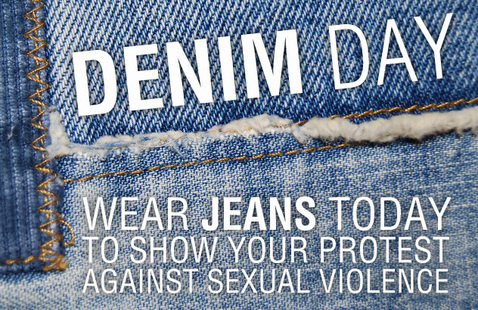 In Italy in 1992, an 18-year-old girl was forcibly raped by her 45-year-old driving teacher during her very first driving lesson. The perpetrator, while initially convicted, was eventually released and the conviction was overturned. The reason? The “jeans alibi.” It was argued that, because the victim was wearing tight jeans, she must have helped the perpetrator remove her pants and therefore consented. A protest in the Italian Parliament ensued and inspired people from across the globe. Now every year, individuals around the world wear jeans on Denim Day to symbolize that no one deserves rape and no one is ever asking for it based on their attire. Wear your jeans on Wednesday, April 28 and tag #STLCCDenimDay on your own socials.